New Aliya to Israel: a long process, rather than one step

The five recent years witnessed not just a new growth of the repatriation to Israel from the former USSR, but also a change in the structure of this Aliyah. In in the previous decade, about two thirds of olim from that region originated in peripheral towns of the CIS and Baltic states. Opposite to them the current wave almost adequately representative the socio-demographic profile of the FSU Jewish population, including a relatively high proportion of former residents of the capital cities and big industrial and cultural centers of Russia, Ukraine and other post-Soviet states. Among them there was a considerable group of successful and wealthy businessmen, who for several reasons decided to move to the Jewish state, despite the fact that their capital, skills and business ties would have been welcome in many other Western countries. The arrival of this group has become a challenging factor for the Israeli establishment, whose policy of integration of immigrants (75% of whom came from the USSR and the CIS) in the recent three decades was focused on Aliyah that had structure, needs and interests of a different kind. New challenges create new opportunities; the question is whether the Israeli political, business and management elites are able to show the necessary understanding and flexibility to solve these problems.

For the full version of this article in Russian please follow the link. 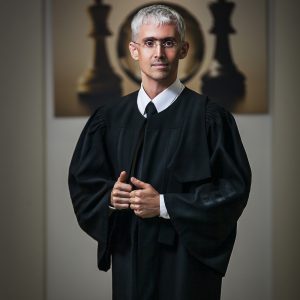 Eli Gervitz
Israel
Latest Posts
Previous article
Blessing Instead of Cursing: Why the Boycott of Israel Has No Prospects
Next Article
Antisemitism in Russia and Ukraine: Reports and Debates

The Institute will facilitate academic and applied studies that examine the current affairs and needs of Euro-Asian Jewish communities, their social and political standing in their host countries, as well as their relations with the State of Israel and other global and regional powers. It will also investigate Jewish migration processes and the historical, cultural and political heritage of these communities.