Myths of the “Fifth Column” and the Dual Loyalty Issue: Jews of Euro-Asia vis-à-vis the State of Israel

A dual loyalty that often implies to Jews means that they stand on Israel regardless of their country of residence. On the other hand, the principle of Talmud, known as “The law of the state is obligatory for the Jews” (Dina de-Malkhuta dina), is often seen as a requirement for a Jew to have the loyalty to the state where he lives. Identity of many of the USSR  Jews in the post- World War II era hat combined patriotism  to the country of residence and support of Israel was seen as a challenge for the Soviet authorities and often as a reason for repressions. Today this phenomenon has a different essence; many of the post-Soviet states accept the “poly-loyalty” idea, a  possibility of double-citizenship with Israel and  development of cultural, scientific, business and other relations between the two countries.

For the full version of this article in Russian please follow the link. 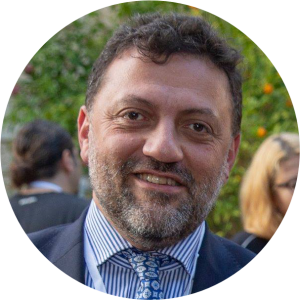 Dr. Haim Ben Yakov
Israel
Latest Posts
Previous article
Israel and the Soviet Jewry: 70 Years After the Completion of Golda Meir’s Mission to Moscow
Next Article
Do Russian Jewish Communities Have a Future in Germany and the EU?

The Institute will facilitate academic and applied studies that examine the current affairs and needs of Euro-Asian Jewish communities, their social and political standing in their host countries, as well as their relations with the State of Israel and other global and regional powers. It will also investigate Jewish migration processes and the historical, cultural and political heritage of these communities.